Problem with this situation

Please include a functionality in 7+ Taskbar Tweaker that allows users to assign custom order for applications in the Taskbar. This could be a list in which users could add applications ("B.exe", "F.exe", and "Z.exe"  for example) and assign a number to each application like "F.exe" = 1, "Z.exe" = 2 and "B.exe" = 3.

The result would be that the applications would always appear in the order "F" in the first place/leftmost, "Z" in the middle and "B" in the rightmost place in the Taskbar, no matter in which the user has launched them. All the other applications that are not included in this list always get sorted behind the rightmost item from the list (just like Taskbar does it now by sorting all non-pinned applications right of the pinned ones.)

Makes finding and switching between applications in the Taskbar faster because users know (or can anticipate) where they sit. And users can use muscle memory to move the mouse cursor to the desired items (like to the Startbutton that always sits in the left bottom corner.)

If anyone in the world could pull that off, then this would probably be you, RaMMicHaeL!

That would be really great! With that implemented, you will *always* have Win+1 to get to F.exe, Win+2 to get to Z.exe and Win+3 to get to B.exe (using the above example applications)

it would be really unnecessary since the pinning is fundamentally let you to decide the order (before any other programs start including the tweaker), and really gets haled on the dragging features with the needs of recording each of the event change etc.. 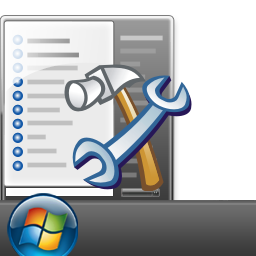